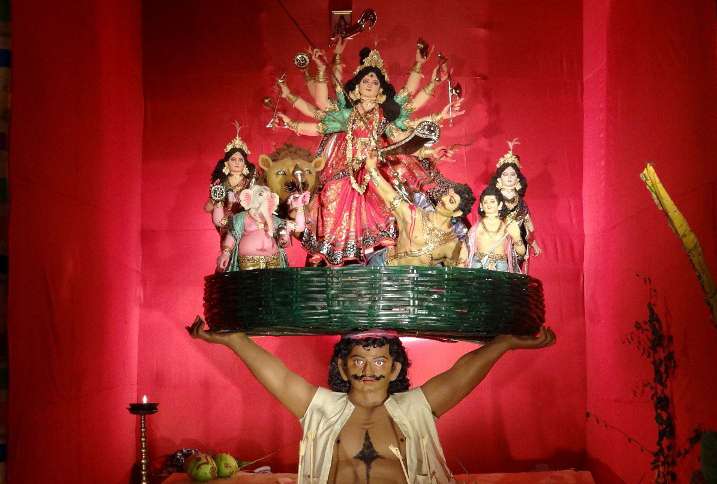 Durga Puja is one of the religious festivals of India which is celebrated throughout the country with great zeal . This festival is celebrated during the span of whole period of Navaratri for a time span of 10 days. From the sixth day of Navaratri till the ninth day the huge pandals of the Goddess Durga are open for the visitors. The tenth day of the Navaratri is called as Vijay Dashami and on this day the idols of the Goddess Durga are immerged into water and this process is called as Visarjan. This year in 2022, dashami is falling on 5th October. During Durga puja from Shasthi to Navami the Kolkata streets witness waves of pandal-hopping people dressed according to their choice.

Durga Puja in Eastern India’s Kolkata has a special features that make it more exclusive from other region.

Let us explore some of the special features of Durga Puja :-

1. Mayer Murti (The Mother’s Idol): The mother’s (Goddess Durga) idol is most important part’s of this grand event celebration. Mother in her full attire stabbing Mahisasur riding on Lion . Left side of mother stands Goddess Saraswati and Sree Karthika while on right Goddess Lakshmi and Sri Ganesha.

2. Chokkhudaan (Eye offering of mother) : Generally it takes 3 to 4 months to make an idol.Mahalaya is the day when the preparations for the Durga Puja reaches the final stage.Mahalaya is an auspicious occasion which heralds the advent of Durga, the goddess of supreme power. It’s a kind of invocation or invitation to the mother goddess to descend on earth – “Jago Tumi Jago”. This invocation is done through the chanting of mantras.There are certain rituals which are performed on this day. Chokkhu Daan (painting the eyes of the Goddess Durga idol) is one such important ritual of Durga Puja .

3.Puspanjali During Ashtami: The worship of little girls, called ‘kumari puja, is the main attraction of the day. Kumari Puja is the puja where in a young girl, within age 10-11 is worshiped, as the young girl representation of Devi Durga. During the eighth day’s of navratri Celebration everyone offering puspajanli. Fresh flowers are held in hand and the mantra is recited after the priest. After reciting the Sanskrit couplets everyone showers flowers at the Goddess’s feet. 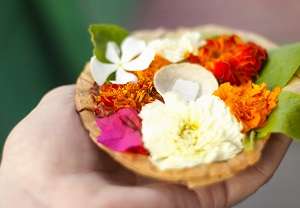 4. Theme Puja V/s Traditional Puja: Durga Puja pandals are known to be modeled on various themes. Puja committees explore all types of creative avenues to attract masses. However, social issues are gradually emerging as a central theme for many popular puja pandals in Kolkata. Themes are the name of the game, each Puja centered around a theme of its choice, ranging from tribal art to Rajasthani folk dance to south Indian temples, Odisha handicraft, wish fulfillment, auto ancillaries, you name it, you will see it in the pandals while the ‘barir’ puja, the other, has a homely effect and brings people closer to their roots with the sense of homecoming.

5. Sandhya Arati: During Durga Puja sandha arati organize evening times with Drums, bells and brasses which welcomes the new day with dance and specially, the dhunuchi naach. Evening Offering is an integral part of the puja rituals.

6. Sindur Khela: Vijay Dashami, a word that fills every Bengali heart with sadness. The last day of Durga Puja holds a special significance for all the married women of the Bengali community. Before bidding adieu to the Goddess, the ladies assemble near the Idol, apply vermilion on the Goddess’s feet or forehead and then smear vermilion on each other. This ritual marks the farewell of Goddess Durga.

7. Vijaya Dashami (10th Day of celebration): On the last day of celebration streets of kolkata witnesses several processions, millions of people along with there family members throng the roads. Goddess Durga bids adieu and sets off for the Himalayas. The idols are immersed into the river Ganges in Babughat. A family reunion takes place on every household greeting each other and exchanging sweets and gifts . 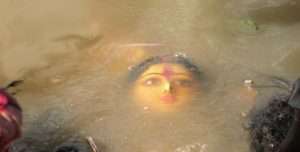 With the advent of Durga Puja, to rev up sales and to give wings to your much awaited dreams of driving your desired car, car dealers are exhibiting a wide range of breathtaking cars in fascinating offers along with the free service to spice up your festive mood. Hence, with the vouch for reliability and a satisfactory performance, car dealers have opened a gateway for the consumers a varied new and used cars at affordable rates with the best service facility. So no more hopping on pandals on foot; have an exquisite feel of a leisure commute with your dear ones in this durga puja. The Vaishno Motor Co .A trusted Name in New / Used Multi-brand Cars, Sell /Purchase /Finance/Insurance/Exchange of car from more than two decade . visit us at www.vaishnomotors.com or call +91 9007378666 / 9007978666.